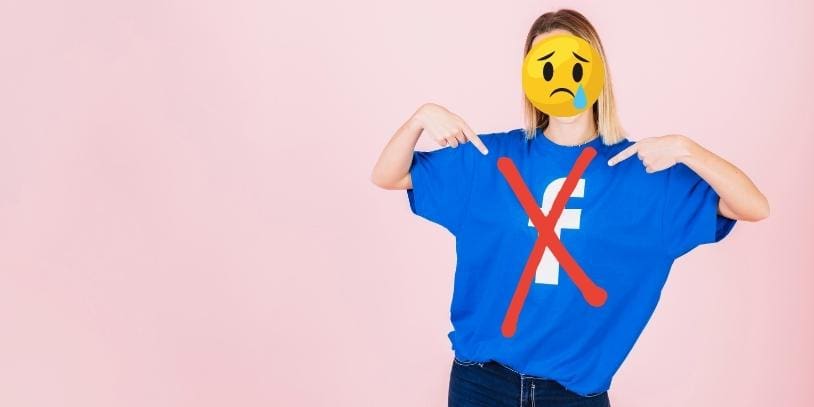 Although I’ve been on Facebook for well over a decade, I’ll be honest, it’s been a love/hate relationship…and now it’s time for me to quit Facebook groups.

Over the past few months I’ve been thinking a lot about my usage of the Facebook platform…which has led me to the decision to quit using Facebook groups, both as a group admin and a user.

At the time of writing this post, I haven’t yet completed the whole ‘quit Facebook’ groups process, but before the end of the year, I’ll have left all free business groups I’m a member of (bar the groups that are a bolt-on for a paid program) and will have closed all the groups I admin (totalling over 15,000 members) once I’ve downloaded the content I want to keep.

Due to the fact that organic reach of business pages were so low, people needed to find new ways to promote their business for free, and because Facebook wanted to give more prominence to its community posts, Facebook group posts started to get more reach.

Here’s what Meta CEO Mark Zuckerberg had to say as part of his speech to the Communities Summit in 2021:

Groups and communities on Facebook are going to be an important part of [the metaverse] vision.

Because the algorithm was favouring community type content and groups, business owners were creating and joining Facebook groups in their thousands. But this is where is started to get really annoying for me…

Marketers realised that if they friended people in groups, they could really maximise their visibility, because when someone you know comments in a group, you’re more likely to get a notification of their post…hence more eyes on their business; you get to ‘know’ them through their posts, begin to trust them, and therefore are more likely to buy from them (or not, as the case may be).

And so this trend started where people would join a group, start posting content and then would friend people who were engaging or commenting under the premise of ‘making connections’.

Don’t get me wrong, there were a lot of people posting great value content and looking to make genuine connections, but likewise, many weren’t. At one point I was getting so many friend requests, it felt like a numbers game. People started teaching courses on how to beat the algorithm. I started unfollowing or unfriending people I could see were using this tactic because my notifications were overwhelming and my timeline was getting noisier and noisier.

As increasing numbers of people started doing this, marketers realised they had to do more to stand out in a busy group feed. The posts started to get longer, louder and more controversial, even divisive in some cases. I cannot bear those kind of engagement-bait posts – they break my heart as I see people deliberately being wound up and I know a lot of people have quit Facebook because of this. Story posts, which I usually find inspiring to read, are being dramatized to the extent they lose much of their authenticity.

Then came the ‘let’s connect’ private messages, masquerading as someone reaching out for genuine friendships, when actually they just wanted to pitch you. But that didn’t happen straightaway of course. There would be a few back and forth messages which seemed harmless enough…but then eventually the pitch would come “Hey, I see you’re a coach. How are you finding new clients?”. I’d feel disheartened having given so much time to people I thought were genuine.

I’d also experience this if I happened to post in the groups myself, especially if I asked a question. The moment the post was published, people would be in my DMs suggesting their paid product as the solution.

Still, I remained in the groups I had already joined and then began to notice something else.

Some of the people I remained connected with started using their profiles as you would a business page. One of my ‘connections’ even had the audacity to message me and say my personal profile cover image should have more about my business in it. Err no actually, I get to decide how I conduct business on my PERSONAL profile and actually using a profile solely for business is against Facebook’s terms of service (or at least used to be – feel free to correct me if I’m wrong).

If I’m honest, seeing so many business posts in my timeline was a real turn off. Whilst I am all for celebrating the success of others, it just felt like too much. It was around this time I first started thinking about whether I could really quit Facebook, because things were changing and I wasn’t sure about the direction it was going. I used to come to my Facebook timeline to see what my friends were up to and maybe see some of the posts from friends business pages; so much business content made it feel like a version of LinkedIn.

Side note: Facebook do now have options to see ‘friends’ feeds on the app but I don’t know if this is available on desktop.

Yep, another thing that started happening…the ‘hey, join my group called XYZ to XYZ’ posts popping up in other groups.

You join a group and then promote your own group? Am I missing something?

People would be sharing their strategies “hey, I got 150 members in my group in one day! Wanna know how? DM me!”.

Errr, it was from sharing your group in loads of other groups Felicia.

Want this before I make it paid?

Okay, last one on this particular theme is the posts where people claim that something is going to be a paid for product or service, but you could get it for free before they make it paid if you comment. That’s really generous, right?

You’d then go to an opt in page to get the thing, sign up with your email and get your freebie. A pretty usual tactic for getting people on your email list.

It was never going to be a paid thing was it? This alone would’ve contributed to people choosing to quit Facebook groups because people want honesty. If it’s a permanently free thing worth $X dollars, then just be upfront and say that.

The fact is people are being encouraged to take the above actions because a platform that used to have reasonable reach, now doesn’t. I’m not blaming anyone (maybe apart from the people who run Facebook); we do what we think is best with the information we have at the time and everyone needs to put food on the table. I’ve made a shit tonne of marketing mistakes which make me cringe when I think about them now; it’s how we learn and evolve as we grow into the kind of soulful business owner we really want to be.

Using paid ads is often costly; I know how hard it is to maximise ads without a professional ads manager helping you, so no wonder people are trying to get business through posts and DMs.

Also, not all groups are like this. There are still some lovely, smaller communities which feel calm and supportive. I think some of the larger groups just kind of turned into this noisy marketing monster as they become unmanageable due to the sheer amount of people inside.

Running a Facebook community is hard work and I hold my hands up to not being the leader that my members have deserved at times. The love/hate relationship I’ve had with Facebook has really impacted how I show up, which has meant I haven’t been as consistent and present in my groups as I would’ve been if it was elsewhere. It’s also disheartening when I’ve created helpful content for my members and barely anyone has got to see it.

A true community is not just about being geographically close to someone or part of the same social web network. It’s about feeling connected and responsible for what happens. Humanity is our ultimate community, and everyone plays a crucial role.

I know there are people who’ve have grown their business, had financial success and made lots of valuable connections from Facebook groups; if it works for you, that’s really awesome, but I’ve decided it’s not for me.

Groups, actually Facebook in general, has become too noisy and overwhelming; as an HSP (highly sensitive person) I’ve found it particularly difficult over the past few months, partly I think due to the algorithm showing me things it thinks I’m interested in and whilst I am passionate about the environment, I get distressed when I see too many posts about it, if that makes sense!

Which is why I’ve made this decision to quit Facebook groups. It does feel a bit scary though! As someone whose actively used Facebook for years and has been somewhat of a groups junkie, this is a BIG change for me. I’ll be cutting down my time on Facebook dramatically as part of this change.

Personally, I want something different from an online business community and I wasn’t getting it in Facebook groups. I wanted to learn from others, feel more connected and be inspired, but what I got was a sense of disconnection and disappointment. In fact, I wrote a post about How to Find an Online Business Community of Like-Minded People some time ago, where I talk about how I felt isolated as a solopreneur and how it was impacting my mental well-being.

For a while now I’ve wanted to host a community away from social media but it hasn’t been right for various reasons. Now though, I’m ready….I’m ready to put it out there that I’m so over Facebook groups.

My name is Suzannah and I quit business Facebook groups.

Why do you join Facebook groups and have they been what you expected? Feel free to comment with your views below.

Are you getting mixed results with your LinkedIn strategy...if you've even got one? Maybe it's time to start being... 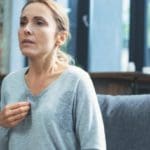 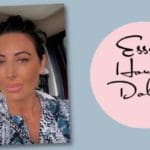 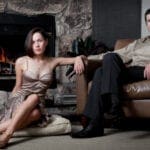 The Rich Get Richer & The Poor Get Poorer (+Video) 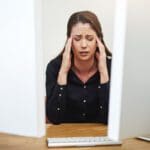